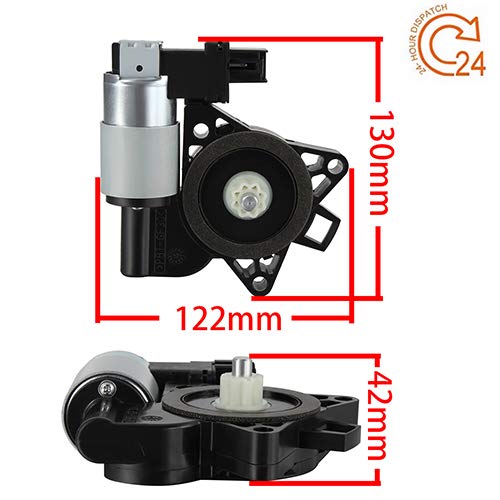 (NOTE) This is the Power Motor ONLY. It DOES NOT include the Window Regulator.

(NOTE) This Motor fits on different sides on certain vehicles. Please see the description below to confirm the accurate placement of the part.

Unless noted otherwise, these are new aftermarket parts. They align with Original Equipment (OE) specifications and act as a direct replacement for the factory part. They will fit and function as the original factory part did.

Automotive
Automotive Enthusiast Merchandise
Car Care
Car Electronics & Accessories
Exterior Accessories
Heavy Duty & Commercial Vehicle Equipment
Interior Accessories
Lights & Lighting Accessories
Motorcycle & Powersports
Oils & Fluids
Paint & Paint Supplies
Performance Parts & Accessories
Replacement Parts
RV Parts & Accessories
Tires & Wheels
Tools & Equipment
* The prices and shipping costs may have changed since the last update. It is technically not possible to update the prices in real time. The time of purchase on the Website of the seller is used as the reference.
We use cookies to ensure that we give you the best experience on pricepirates.com. Privacy Policy